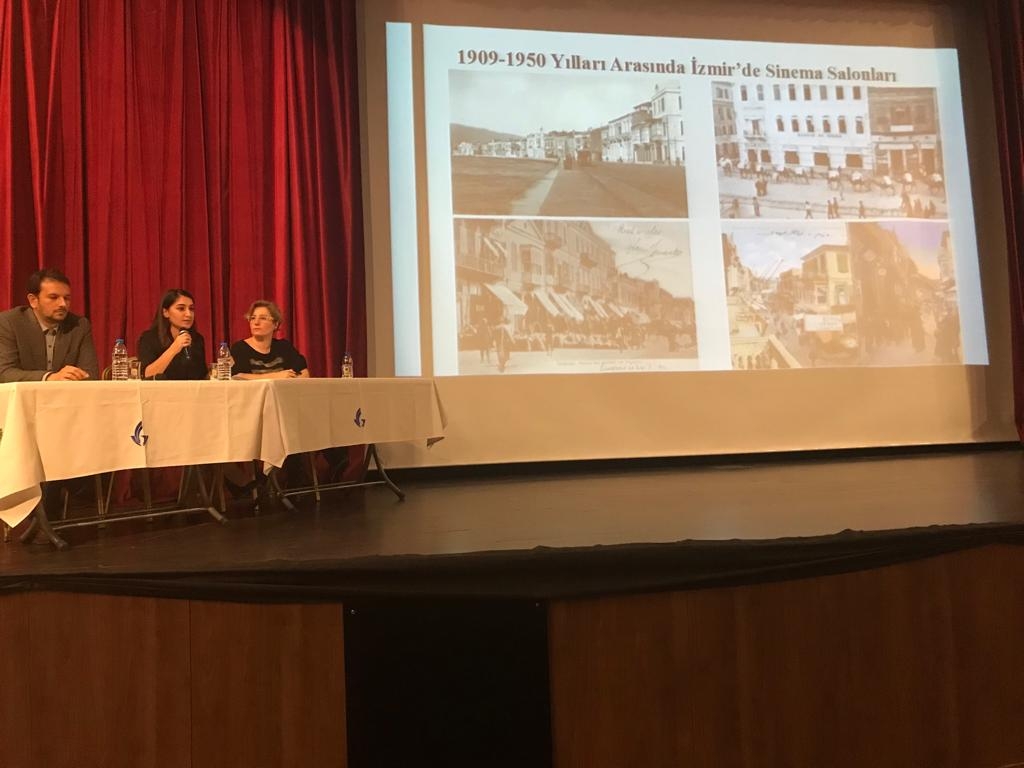 Semra Keleş, Lecturer at Radio and Television Programming Program, Vocational School, Izmir University of Economics talked about "Izmir Cinemas: From Past to Present" in her speech at the panel that was moderated by theater, cinema, TV Actor Levent Öktem. Keleş, who mentioned the change and transformation of Izmir cinemas over time, stated that cinema was born into the city, it was very important for Izmir and people of Izmir, and the places where cinemas are located at became the center of attraction for the city. Keleş reported that the cinemas in Izmir had a history of more than 100 years, and in time, they went through transformation and the social changes affected the cinema halls. “As of 2018, there are 27 cinema halls in Izmir. 16 of these are located at shopping malls, 3 of them are culture- municipality cinemas, and the remaining 8 are the neighborhood cinemas that struggled to survive. The location of cinemas changed based on the changing city centers due to changing city habits and some recent developments. Cinema halls in Izmir, just like all over the nation, went through structural changes due to socio-economic, cultural, political, and technological developments. While trying to meet necessary requirements to shoot films in Izmir, alternative places to present them should be considered at the same time”, said Keleş.

Izmir was a very important city for film industry, stated Keleş and she said that alternative projection places needed to be established in order for new employees of the film industry or the directors having film screening-distribution problems to survive the industry, as she stressed the importance of working on this issue. 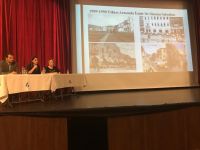 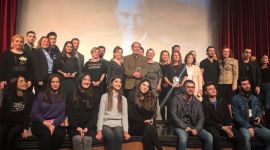 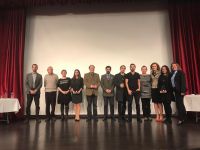